For more than 25 years, Kerry Ross has been providing something quite special to companies, large and small. From increasing their corporate sales, motivating their sales staffs and providing "team fun" at their Incentive Events and Award Banquets.

And, he can do the same for You! 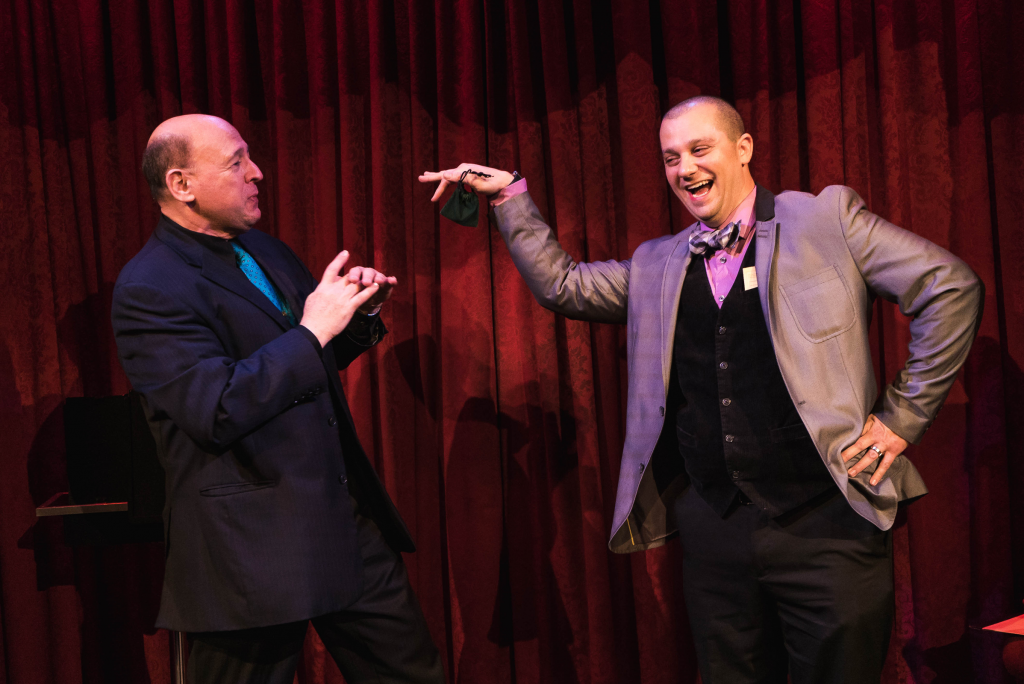 Generate more booth activity than you’ve had before! Kerry becomes an active extension and spokesperson for your business. Crowds will be drawn to your booth with his combination of humor, amazing sleight of hand and creative scripts; all while he’s promoting your company’s product or service. With his help, you’ll get more leads, more prospects and more sales!
As Kerry says, “We’re going fishing – I’m the bait, and your staff sets the hook!”

Motivate your sales team with both humor and visuals that they’ll remember (and use) long after your meeting is done. Kerry’s programs are designed to inspire your sales team, and your sales message is reinforced through customized scripts, props and humor. Kerry can even teach them an easy trick or two, to use as ice-breakers with new clients and prospects. 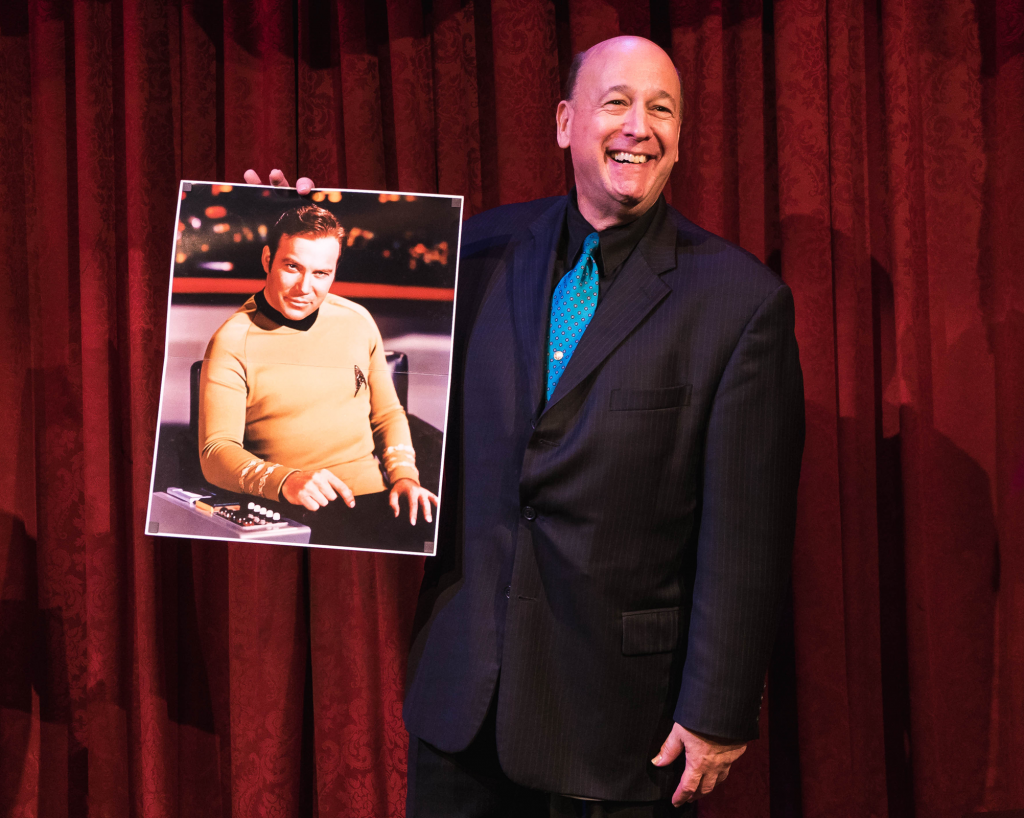 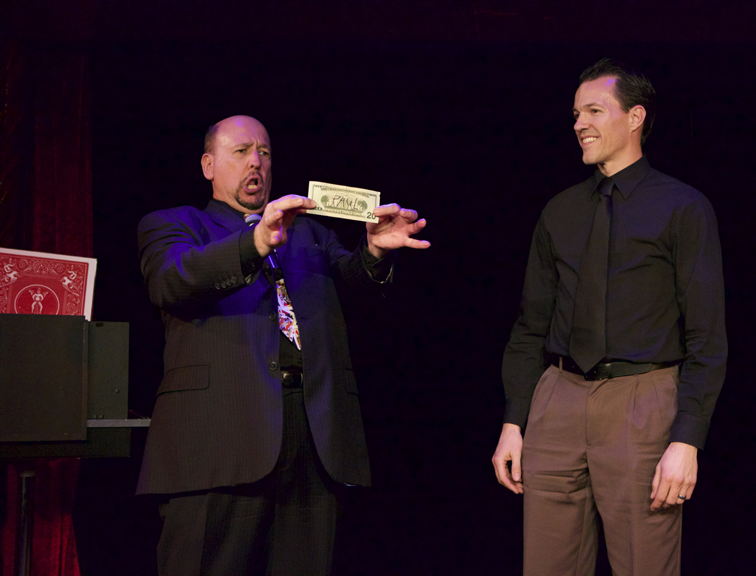 Make your executives and staff the stars of the show!
As a well-established Technical Advisor and Theatrical Consultant, Kerry has trained some of Hollywood’s top stars for TV and films. Now, your team can benefit from Kerry’s expertise when he trains THEM to be the stars! He even trained a VP at Mattel to explain his new “twist” on sales by twisting the CEO’s head around in circles! Make your meetings memorable and fun! 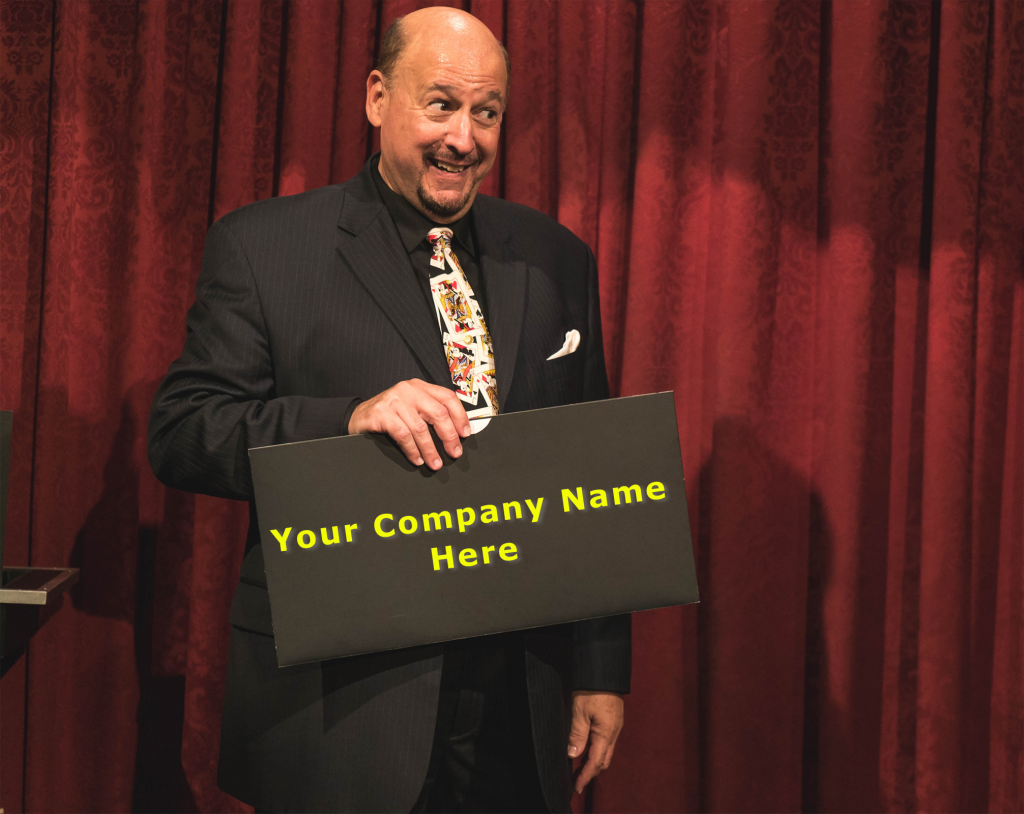 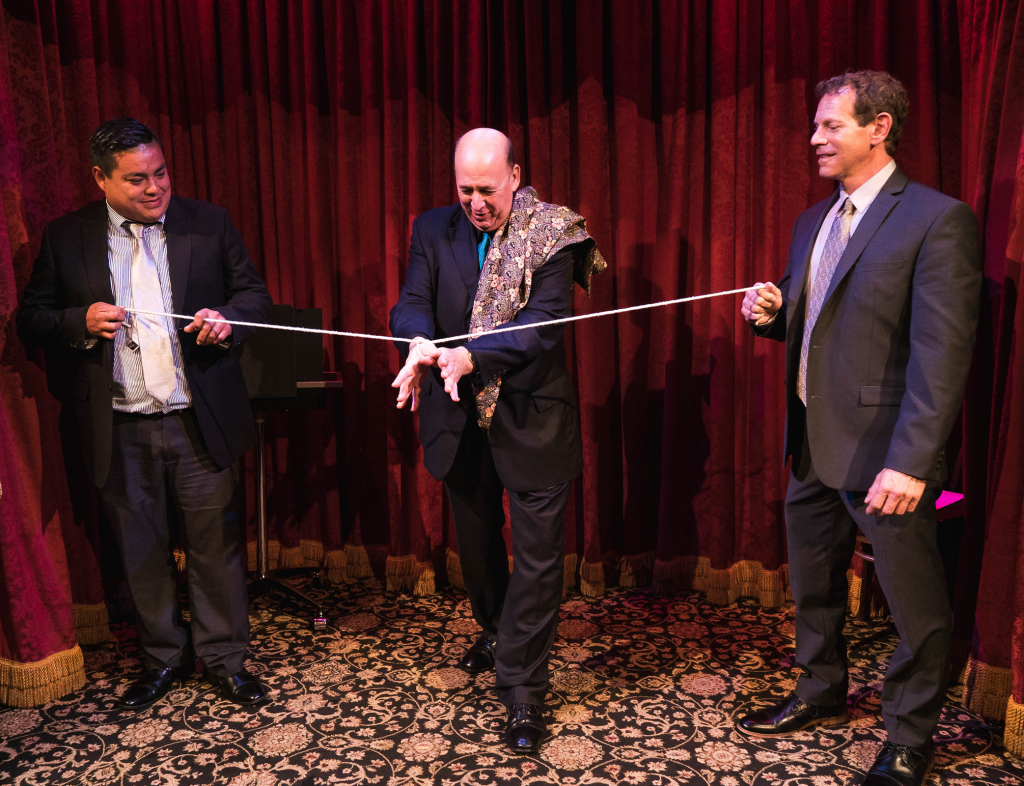 Kerry serves as the “glue” that holds your event together!
• Master of Ceremonies
• Headline Stage Entertainer
• Reception Hour Sleight of Hand

Through the years, Kerry has created customized performances that make the difference – for both corporate and non-profit organizations – with emphasis on their message and goal.

Remember: For best impact, bring Kerry into your event planning as early as possible!

Who is Kerry Ross?

Kerry Ross is a comedian, magician, and actor who travels all across the nation to offer memorable performances to his audiences. If you want an unforgettable event and professional fun, whether for birthdays, corporate events or more – look no further.

For more than 25 years, Kerry has shown the world that funny doesn’t need to be filthy!  Kerry’s unique experience as an Actor, Comedian, Magician Corporate Entertainer has taken him just about everywhere – from major Corporate Shows, Network Television and 5-star Cruise Ships, to International Revue Shows and Theme Park performances! Additionally, as the Comedy Guest Star of HBO’s World’s Greatest Escapes, Kerry has introduced the world to his award-winning Comedy Escape Act.  From his Headline Stage performances to intimate “Close-up” Magic, Kerry Ross can accommodate any event and bring magic, energy, and entertainment to any event.

As both a professional Comedian and Magician, Kerry is a frequent performer at the world-famous Magic Castle, in Hollywood, California.  As an Actor, he’s been seen on a variety of television shows and commercials, as well as industrials.

He’s appeared on cruise ships, corporate shows, international revue shows and television shows and specials around the globe. As a matter of fact, his professional travels have now taken him to more than 50 different countries!

With a knack for creating highly effective corporate performances at conventions, trade shows, sales meetings and banquets, he eventually founded his own production company.  Kerry, along with Kerry Ross Productions, now provides both corporate clients and meeting planners with high-caliber corporate entertainment, tailored to their specific needs.

A native of Los Angeles, California, Kerry began performing Comedy and Magic while in his teens, and was honored to become one of the original 25 members of the prestigious Magic Castle “Juniors.”  Beginning his career with private parties and amusement park shows, he soon became known as the creator of his (often imitated) comedy straitjacket escape, and later as a creative consultant for network television shows and specials. Contact Kerry today for more information on any of his corporate entertainer services or any other questions you may have.

What are some of Kerry Ross’s accolades?

What kind of events can Kerry host as a corporate entertainer?

With Kerry’s years of experience as a Consultant, Speaker, Corporate Entertainer and Trainer, he works with Sales and Marketing teams, HR Departments, and Meeting and Event Managers to create greater business and product recognition, increase booth activity and sales, develop memorable staff meetings and more.

From themed events to new product releases, Kerry has both the experience and reputation for making corporate events something special – and memorable!

Through the years, he’s created customized performances that make the difference – for both corporate and non-profit organizations – with emphasis on their message and goal.

Some of the venues Kerry specializes in as a corporate entertainer are:

Contact Kerry today with any questions. Kerry offers a FREE initial consultation! Check out the Corporate Show’s link for information!

Questions about having Kerry host one of your events? Please reach out with any questions at any time. You can contact Kerry by phone at (818) 554-3140 or by email at Kerry@KerryRoss.com. When you give us a call, you’ll be connected directly to Kerry Ross, so you can expect immediate attention to your inquiry. So, don’t wait, call now!

"It's Professional Funny Business with a Magical Twist"